The Secret of Sex

While the Bible isn’t pornographic (“Song of Songs”, notwithstanding), it’s not shy about telling us who did what with (and to) whom.

The Bible is a fascinating book – as history; as inspiration; and as a guide for what to do or not to do.  Though I’m not religious, it might surprise you to know that I studied the Bible for twelve years, so I might as well refer to it.

What strikes me is the fact that nowadays – modern times and all, we talk openly about sex less than in ancient times! That bears exploring…

Our own sex life is not a topic of conversation in most adult social gatherings. We gossip about infidelities, we tell sexual jokes, we read about it in books and some watch it in movies (of all kinds).  But when we’re asked, “What did you do last night?” We’re unlikely to answer, “Oh, we went dancing; got together with some friends for a while; and then went home and had sex”.

We don’t say that.

Some would say that it is because sex is an intimate, loving and private act, and that’s why we don’t talk about it in a casual way.

I don’t buy that.

Yes, sometimes sex is loving and intimate, but many times it’s just an exchange of fluids.

Moreover, we tell one another many other details about intimate, loving moments; and many tales about body ailments, pains, procedures and such. And yet we keep our sex lives private, almost secretive.  Not so in the Bible.  It is very open about Adam and Eve; about Lot and his daughters; about King David lusting; about Ruth and Boaz and so on and so on… 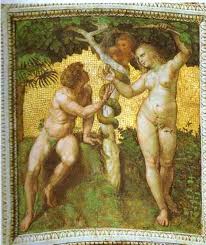 The Bible wasn’t shy, so why are we?

I believe that, besides the influence of Puritanism on American culture, which had a lot to do with the topic of personal sex being taboo – there’s one very important reason for the lack of open conversation about it:

We are so used to looking at every aspect of our lives through the lens of others, that we are afraid and concerned that we might not do it right!

If I told you about me, what would you think of me???

I believe that our concern about being judged, evaluated, scorned or even envied stops us from talking about “having sex” as a natural activity.

The Bible, on the other hand, encourages us to have it more and more, as God commanded us to be “fruitful and multiply”.   Moreover, there’s a plethora of Hebrew words meaning intercourse in the Holy Scriptures, such as “to enter,” “to lie with,” “to know” and “to go into”.  And, they are repeated again and again, without inhibition.

I know for a fact that when men talk about it in their locker rooms, they hardly ever talk about their lack of success, but mostly about “scoring”.  And, when they do, the rest of the guys either join in, or are quiet, because they did not do as well. Not unlike being quiet about your grade on the final exam when your score was a “D”.

So do I believe that this blog will change the way we talk about sex? Probably not.

But I do like to point out things we do blindly, fearfully, and automatically. Even when I’m guilty as well. 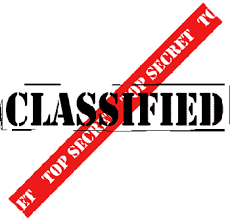 Psychotherapist and supervisor.
View all posts by rachel bar →
This entry was posted in Puritanism, Religion, Sex, Talking about sex, Uncategorized and tagged Adam and Eve, Bible, Pornography, Secrets, Sex, Song of Songs. Bookmark the permalink.

11 Responses to The Secret of Sex